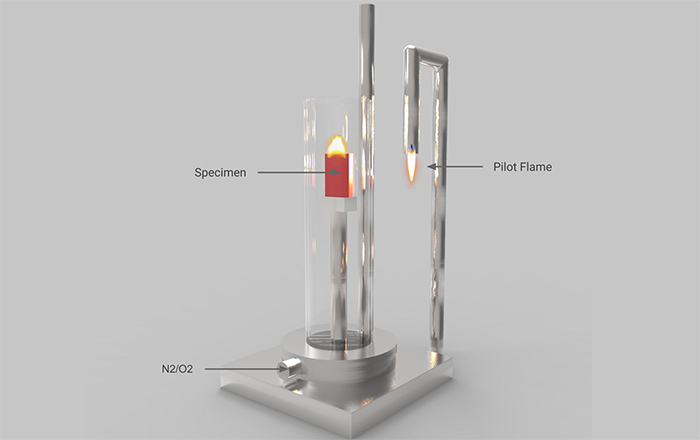 The oxygen index represents the minimum level of oxygen in the atmosphere which can sustain flame on a thermoplastic material.

A sample is positioned vertically in a tube and a mixture of oxygen and nitrogen is forced upward. The sample is ignited at the top. The concentration of oxygen is adjusted until the sample just supports combustion. The Limited Oxygen Index is defined as the minimum concentration of oxygen in which the material will burn for three minutes, or can keep the sample burning over a distance of 50mm. The higher the value the less likelihood of combustion. 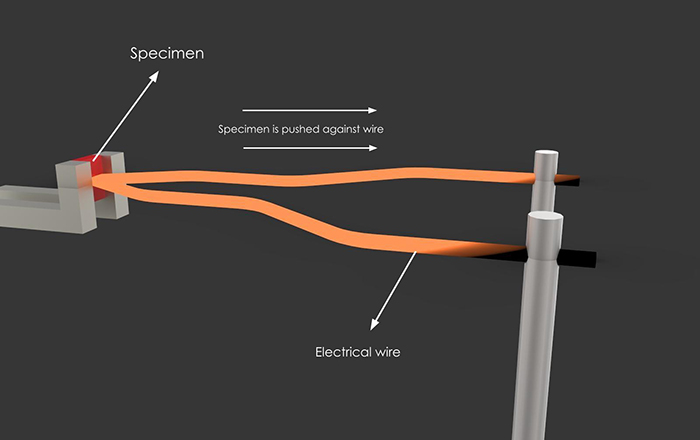 The glow wire test simulates what may occur if the material is exposed to sources of heat, such as overloaded resistors or glowing elements.

A sample is held vertically for 30 seconds with a force of one Newton against the tip of an electrically heated glowing wire.  To evaluate the likely spread of fire either a layer of the sample material or a single layer of tissue paper is positioned underneath the sample.  After withdrawing the sample, the time for extinguishing flames, plus the presence of any burning drops are recorded.  The sample is considered to have passed if one of the following requirements is met:

Actual parts or enclosures are tested in a similar way. Temperature of the glow wire is dependent on how the finished part will be used: 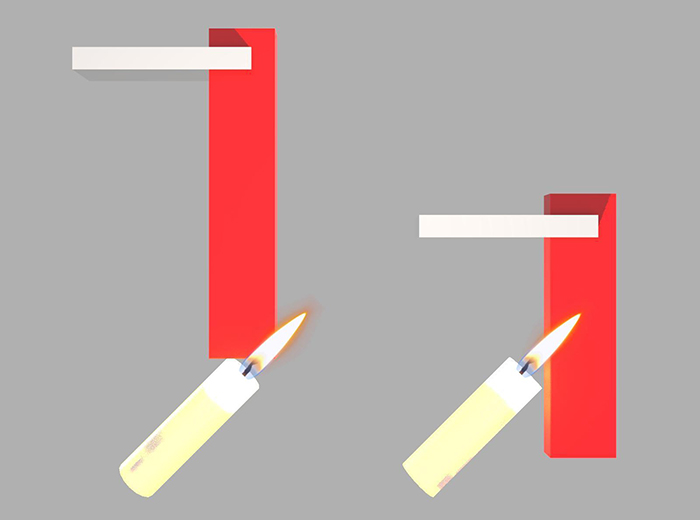 This test simulates the effect of small flames that may result from faults within electrical equipment. The test procedure is similar to the Glow Wire test. The flame is applied to the sample for a specified period of time, usually 5, 10, 20, 30, 60 or 120 seconds.

The sample is considered to have passed if one of the following requirements is met: