Rutland Plastics joins Made in Britain 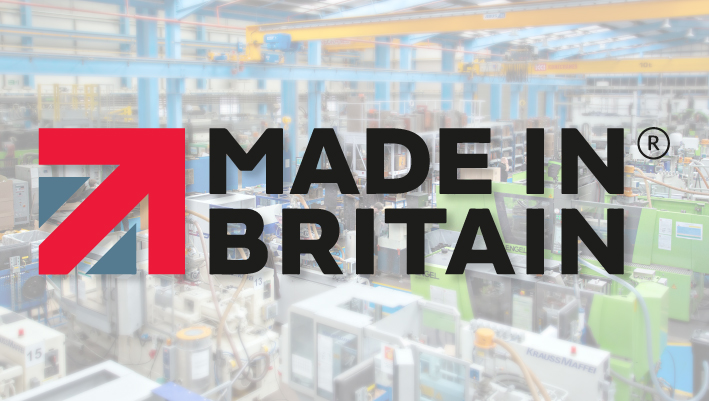 While quality and reliability has long been synonymous with British manufacturing, it has often been disregarded in favour of lower-cost overseas options. These alternatives, however, look less attractive now we have seen first-hand how quickly the global supply chain can be destabilised. The term ‘Made in Britain’ is not just a slogan to identify how a product has been crafted and developed in Britain, it is much more than that. This marque represents a standard of quality, prestige and unity for the British manufacturing sector within the UK, both domestically and around the globe.

Made in Britain is also dedicated to its Green Growth Programme which is dedicated to helping its members become more sustainable, fit for the future and focused on achieving the UKs COP 26 targets. We have been working on our sustainability journey for several years and we are on course to produce our millionth kWh this year from our solar panel installation.

Rutland Plastics has been in the plastic injection moulding business for over 65 years. It is still a family business, now with the third generation in charge, and has been a proud member of the British manufacturing community since 1956. Made in Britain is a great way of bringing British Manufacturers from all sectors together to promote and recognise the quality, skills and innovation that are within British manufacturing.