Mould shrinkage is defined as the difference between the dimensions of the mould and the moulded part. It is expressed either in millimetres per millimetre or, more commonly, as a percentage.

Usually a general shrinkage value is quoted. Alternatively, two figures may be given – parallel (in line of flow) and perpendicular to the flow (cross-flow). This is particularly important in the case of glass-filled materials, for example, as there can be a significant difference between the two figures. 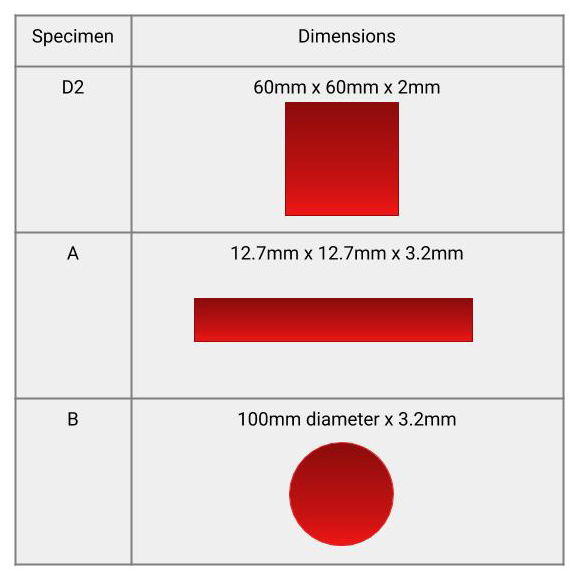 As testing is carried out on bars or discs the figures can only be a guide, so for mating parts or those with critical dimensions fine tuning may be required to the mould to achieve a suitable final part. It must also be borne in mind that a plastic moulding will continue to shrink long after it has been ejected from the mould. For this reason mould shrinkage figures are based on dimension changes 24 hours after the part has been moulded.

This standard uses the same size of plaque as ASTM D955 specimen D2.